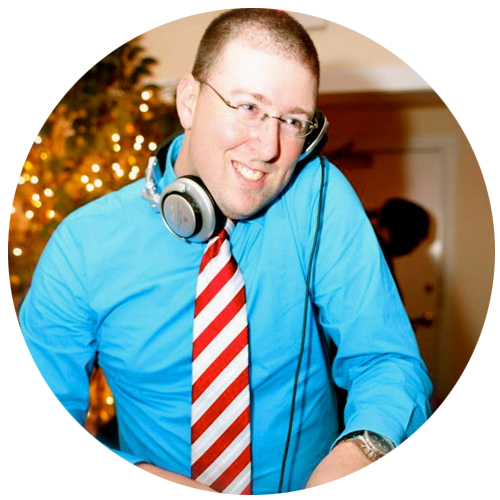 Boston DJ Samuel Lurie began his entertainment career at age 15. Then throughout his high school years, Sam helped make parties exciting while working as an assistant for other older, more experienced DJ’s.  He carefully studied different events, practiced the art of beat-mixing, and learned the MC’s tricks of the trade. Slowly but surely he began to break free from working for others, and soon had the foundations to become well-respected entertainer.  While attending college and earning a degree in Computer Information Systems, Sam finely crafted the art of being a DJ and transformed it into being an MC.

Sam now entertains over 150 events yearly. His services have been requested for events over 2 years in advance. He’s performed throughout all 6 New England states, New York, New Jersey, Florida, Israel, and even China. He has been seen headlining nightclubs and events in and around Boston with crowds of 3000 plus, for the last decade.

Sam’s skills lay only partially in his MC’ing and music mixing abilities. He’s always working towards bettering his shows by attending DJ conferences like the International DJ Expo, and other DJ idea sharing seminars, workshops and showcases across the United States yearly. Sam is also a proud member of the American Disc Jockey Association and the National Association of Mobile Entertainers.

With almost 25 year’s experience now under his belt, DJ Samuel Lurie’s professional, but high-energy approach, make him the ideal entertainer for your personalized event. His dynamic personality, quick wit sense of humor, and vast music knowledge put him in a class above other mobile entertainers.